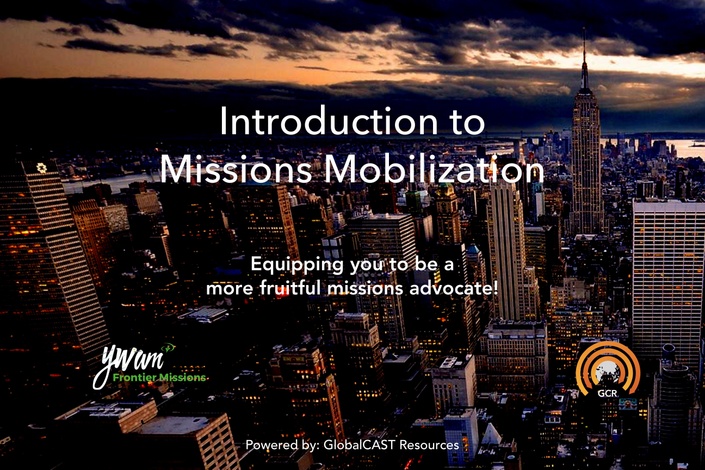 Equipping you to be a more fruitful missions advocate

An Introduction to a Mobilization eCourse for You!

We are so excited to develop training specifically for leaders with a heart for the unreached and a desire to help others find their role in the Great Commission.

Are you from Africa, Asia or Latin America? We call this the Global South.

Validate your role as a missions mobilizer

then you may already…

What Would the Benefits of Missions Mobilization Be?

What would happen if you were trained and equipped as a Missions Mobilizer?

Mobilize my community into greater levels of involvement in missions!

Where do I start?

Mindset Shifts that You Need to Make Right Now.

1) Mindset: As Missions mobilizers we have to go it alone because no one understands us.

Reality: Today there is a growing awareness of the vital role of mobilization and growing networks of mobilizers who are connecting and collaborating.

2) Mindset: Missions Mobilizers ask believers to make sacrifices in order to do more and give more.

Reality: There is overwhelming evidence missions vision does not rob anyone of time and money. Instead, that increased vision brings life and vitality to both individuals and whole communities!

3) Mindset: It is not clear what activities prioritize and how to increase fruitfulness.

Reality: You can glean priorities, principles and practices from experienced mobilization practitioners that will give you a clear sense of where to start and how to increase your fruitfulness.

Reality: When we engage with our community as learners, servants and storytellers, the buy-in becomes much more likely.

5) Mindset: Most believers are too busy and distracted to engage with global missions.

Reality: When there is a missions mobilizer helping people to lift their eyes, they are able see what God is doing in the nations. They become excited about getting involved.

6) Mindset: Mobilizers are only focused on sending missionaries to the unreached.

Reality: Mobilizers can play an important role in helping all disciples become active in disciple making locally and globally.

7) Mindset: Most mission mobilizers identify themselves as a mobilizer.

Reality: Most mobilizers are just Bible believing followers of Jesus who have caught God’s heart for the unreached and are willing to leverage their influence to help other believers find their part in Jesus’ Great Commission.

Reality: The obstacle is not a lack of finances but is caused by failure to embrace their crucial role as senders not just rather than only missions receivers.

A Brand New eCourse for Mobilizers

In Partnership with GlobalCAST Resources & Youth With A Mission Frontier Missions

This Introduction to Missions Mobilization is focuses on...

Empowering you to mobilize your community towards their role in reaching the unreached.

This course will affirm the mobilization activities you are already doing while helping you keep the most important mobilization priorities in place. You will avoid pitfalls I’ve faced and experience the joy of knowing that you are giving life to your community as they increase their involvement in missions. You will learn approaches to missions mobilization that increase buy-in and ownership and connect with a network of other mobilizers, trainers and disciple-makers who can share their wins and challenges.

We will empower you to take the next steps to make your missions mobilization efforts more fruitful. 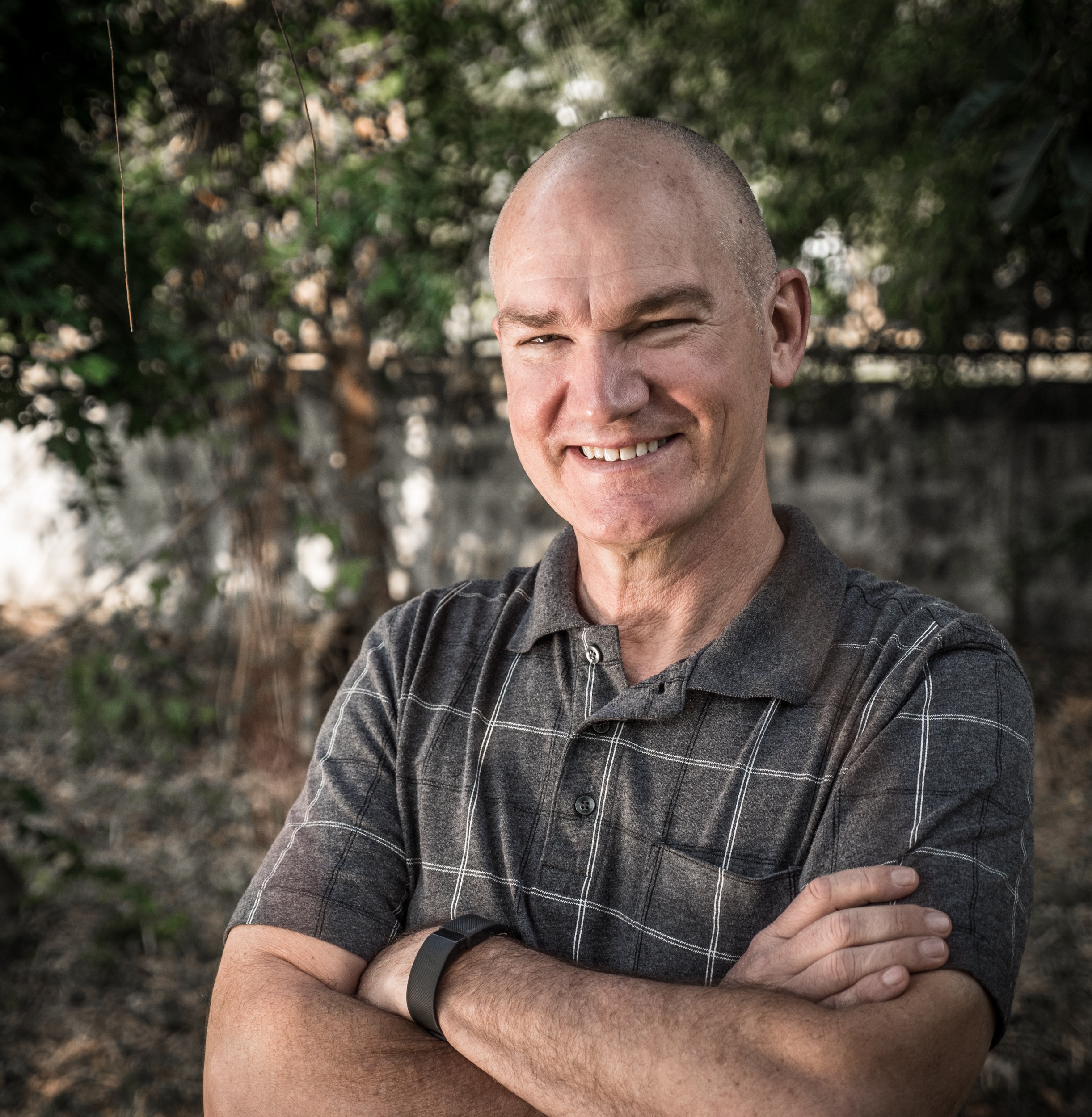 Bevin has been mentoring missions advocates for more than 20 years. He is married to Judy, an amazing Okinawan-Amercian lady. Together they are the proud parents of an 12-year-old son. Bevin and Judy met in Youth With A Mission (YWAM). For over 15 years, they served on the leadership team of a large YWAM community in Colorado Springs, Colorado, focused on mobilizing, equipping, sending, and sustaining missionaries who are going to the least-reached peoples on earth.

During the last 15 years, God has shifted the Ginders' focus to equipping and coaching the missionaries He is raising up from new sending nations in the Global South. This shift in focus eventually led them to move their family to South East Asia. Bevin and Judy serve with the Asia Leaders Learning Community which is a leadership development initiative in YWAM Asia. Bevin also serves as an International Mobilization Trainer for YWAM Frontier Missions. 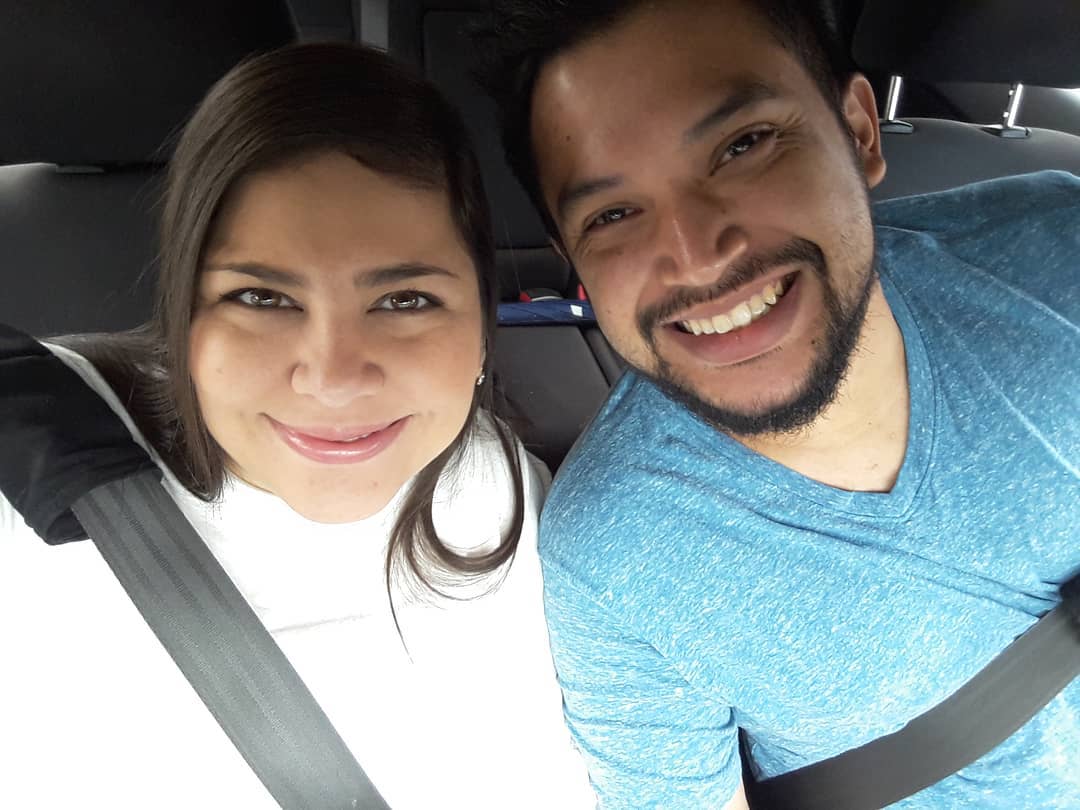 God bless you! Greetings from El Salvador, Central America.
Last year in Colombia, we had the opportunity to be in the "Mobilization Conference" with Bevin, as a couple, it was a blessing. Just with the Frontier Missions' Conference God talked to us a lot. But the Mobilization Conference was a tool, was a key for us. How to mobilize our church to pray, send and give for the unreached people groups.
We are grateful to have had such an awesome teacher like you. In other time we will know Judy personally. Thank you for all the wisdom you shared with us and thank you both for setting a great example. Mobilizing People!
You have been so much more than a teacher for us in that conference. you have been a mentor in how to be mobilizers. God is good! We are so blessed! We are happy to continue walking in our calling and as well we want to continue mobilizing our church and others church in the Body of Christ to GO, PRAY AND GIVE for the unreached people groups. Thank you for all the material, resources like: videos, blogs, books that you have shared with us in this journey!
Bless you, Judy and Bevin!

The Introduction to Missions Mobilization eCourse is the ONLY eCourse of its kind that...

When does the course start and finish?
This Course will open for enrollment from September 11th though September 25th. One enrolled you will have life time access.
What if I am unhappy with the course?
If you start the course and realize it isn’t what you were wanting, make use of our 100% Money Back Guarantee within 30 days and we will refund you the money you’ve invested. We really don’t want people to pay for something that doesn’t end up helping them in their mobilization journey! There is absolutely no risk in taking this course. We removed that with our guarantee.
What if I have an emergency and get behind, or I get too busy to watch the videos?
No problem! Once the videos are sent to you, they are available for life. No need to worry. You can work at your own pace. If you take a few weeks off in the middle and come back to it, no problem.
Can the videos and pdfs be downloaded?
Yes. Absolutely. We want you to be able to refer back to these easily or to use them offline if that is easier for you.
How long does it take to watch the videos?
Each lesson includes one short video about 2-5 minutes in length. This gives you plenty of time to do the activities in the manual.
Is this course only intended for full time pastors or missionaries?
Absolutely not! This course is designed for anyone who is serious about helping other believers find their role among the least, last and lost. No special titles or qualifications required!
How is this course different from other online trainings about mobilization?
1) Includes lessons from mobilizers in and from the Global South. These are important voices especially in light of how God is raising up missionaries from new sending nations. Missionaries are coming from many diverse contexts. 2) An intentional focus on principles and practices that are relevant in many different contexts. 3) It offers a WhatsApp group to connect missions mobilizers who have faced the same challenges you have.
What about exams and tests?
There are processing questions and application assignments. It is not required that you complete these assignments and turn them in for a grade.
off original price!

Interested to take the course but struggling with the price? If you are from the Global South, you can apply for a 50% off discount. Click this link to apply.